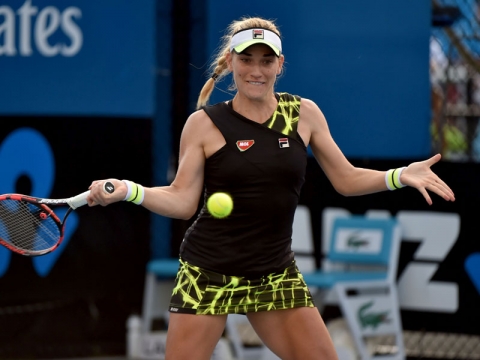 Babos, 22, turned pro in 2011 and is currently ranked #60 on the WTA Tour. She reached a career-high singles ranking of #59 in August 2012 and a career-high doubles ranking of #8 in June 2015. Babos has achieved great success in her doubles game, reaching the women’s doubles final at Wimbledon in 2014 and the mixed doubles final at Wimbledon in 2015. She has recorded 10 doubles titles and one singles title on the WTA Tour. Babos was a member of the Hungarian Fed Cup Team from 2011-2015 and the Hungarian Olympic Team in 2012.

FILA has a long and distinguished history in the world of tennis that continues with endorsements of ATP World Tour and WTA Tour athletes. FILA is a sponsor of the BNP Paribas Open, the Hall of Fame Tennis Championships and the Junior Orange Bowl International Tennis Championship. In addition to event partnerships, FILA is an official supplier to Junior Tennis Champions Center, Van der Meer Tennis, John Newcombe Tennis Ranch, and the Kim Clijsters Academy in Belgium.