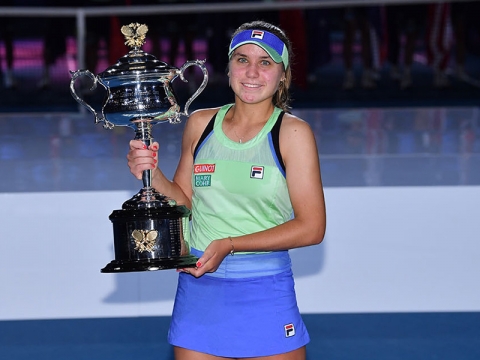 Kenin shook off early jitters and maintained her composure after dropping the first set – rallying behind 28 winners and converting an impressive five of six break points in the title match. Now set to make her WTA Top 10 debut Monday, Kenin reflected on the accomplishment, "This is such an honor. I'm so proud of myself, my dad, my team, everyone that has been around me. We've all worked hard. We've been through tough times. We did it. We fought. I'm just on cloud nine."

Kenin’s path to the final as the No.14 overall seed was a formidable one, as she needed to produce consistent, unwavering play in the presence of extreme conditions and crafty opponents. Kenin was able to cruise past her first, second and third round opponents – Martina Trevisan, Ann Li and Zhang Shuai - in straight sets to advance to the fourth round, where she met rising American phenom Coco Gauff. After dropping the first set in an air-tight tiebreak, Kenin rallied to defeat the 15-year-old Gauff 6-3, 6-0, making her first-ever Grand Slam quarterfinal.

Facing off against Tunisia’s Ons Jabeur in the quarterfinals, Kenin showed resilience and maturity well beyond her years, fighting off multiple crucial break-point opportunities from the Tunisian in sweltering heat to extinguish Jabeur’s title hopes, 6-4, 6-4.

In her first-career Grand Slam semifinal, Kenin drew fellow-FILA sponsored tennis player and World No.1 Ash Barty, who was looking to become the first Australian woman to win the Australian Open since Chris O’Neil did so in 1978.

Despite entering the match with a 1-4 career record against Barty and battling grueling triple-digit temperatures, Kenin stayed the course. The American faced multiple set point-deficits in both the first and second sets, but dug deep and found a way to consistently make the usually unnerved Barty uncomfortable.

Said Kenin of the crucial set points, “I believed I could win even though I had two set points down in the first and second. I could literally feel, I was telling myself, I believe in myself. If I lose the set, I'm still going to come out and believe. Yeah, I really did a great job with it. I didn't give up.”

Ultimately, Kenin was able to outlast Barty 7-6(8), 7-5 to send shockwaves across the tennis world and advance to the women’s final.

It was an incredible fortnight for the FILA Tennis team and we are proud to say that come Monday, four of the top ten women’s players on tour will be representing the brand - No.1 Ash Barty, No.3 Karolina Pliskova, No.7 Kenin, No.8 Kiki Bertens. This will be the first time in company history FILA Tennis has four of the women’s top ten players. 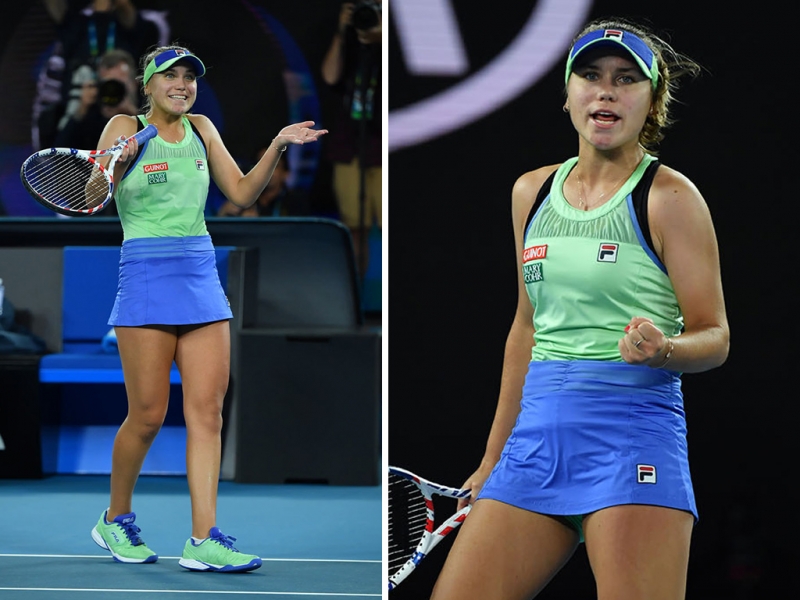